What is LiFi? Looking At Wireless Technology In A New Light

It’s truly an exciting time to watch the landscape of wireless technology expand. As the demand for wireless connectivity continues to increase, this demand is pushing the capacity and efficiency of wireless technologies to their limits. There is, however, a light at the end of the tunnel. And not just any light either: an LED (light emitting diode) to be exact. And it just might illuminate the future of wireless (pun intended).

Wireless communication tends to be treated as an unlimited resource, but unfortunately, the capacity and the way we transmit data through electromagnetic waves is quite limited. The forecasted demand does not fit nicely within the capacity of the electromagnetic waves we currently use to transmit this data. How many towers can we build to connect the dots? And there’s also the problem of security. Using electromagnetic waves means having to switch your device to airplane mode on flights, and powering down completely in hospitals. Why? It’s not safe for a number of reasons, including the tendency to intercept other, often vital, signals.

LiFi As The Solution

LiFi, or light fidelity, uses LEDs to transmit data to a receiver and communicate. Using light instead of electromagnetic waves means an endless supply of power and data. Pretty amazing! While the technology (the mere idea of transmitting information through LED light) can be difficult to wrap your head around, understanding the basic concepts is easier than you might think.

What’s required for LiFi technology to work? The availability of light, and that’s about it. No more congested traffic areas competing for data. With an LED light overhead, wall mounted, or on a desk, the light is able to transmit data to an LED receiver.

But How Does LiFi Really Work?

In order for it all to work, the LED lights need to turn on and off. “Off” transmits a zero and “on” transmits a one. But don’t think you have to sit under a flickering light in order to stay connected. The technology allows the LED to flick on and off millions of times per second, and the human eye cannot detect this frequency. You’ll see no difference in the condition of the light, but the power of the LED can actually transmit data up to 10,000 times faster than electromagnetic waves! Since visible light is everywhere, the risk of depleting capacity is non-existent. 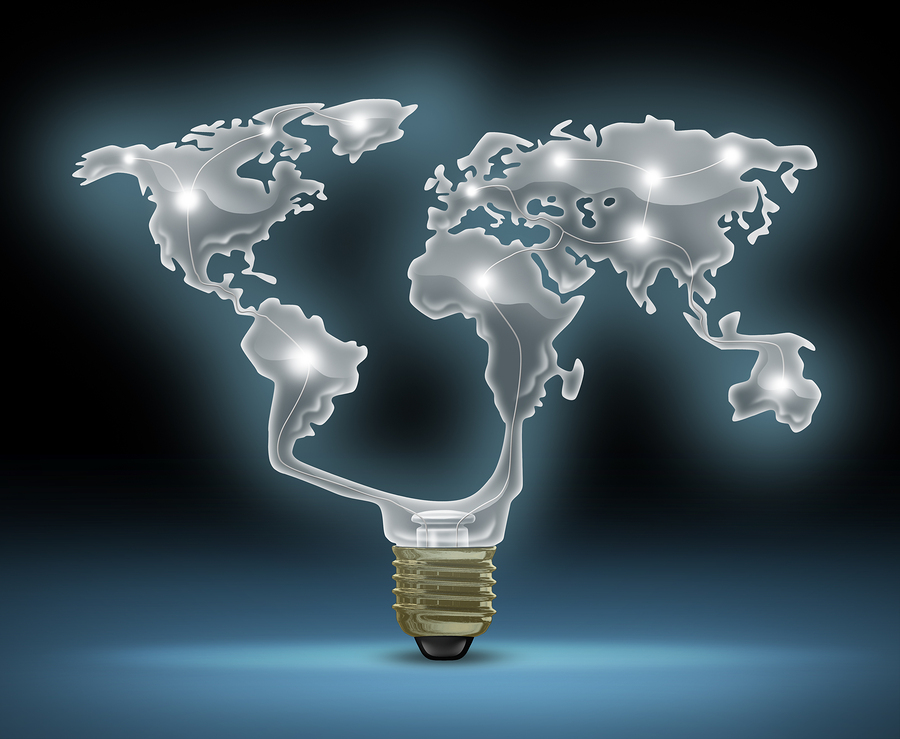 LiFi has yet to gain mainstream traction, and a couple of disadvantages exist. First of all, natural light is required for data to be transmitted or received. Therefore, if the light is disrupted in any way (pathway to the receiver is blocked) the data stream is broken. This makes moving from room to room without a loss of connection difficult. Secondly, the technology still has a long way to go before widespread adoption. So although the technology is received well when showcased at Ted Talks and tech conferences, the price point and usability isn’t quite where it needs to be for most consumers.

So What Does This Mean Moving Forward?

Adoption may be slow at first, but LiFi just might be the standard way devices are powered, and data is transmitted in the future. The amount of wireless data usage is reaching critical mass, and LiFi technology has a real shot at solving this problem. Consumers, however, don’t want to move backwards. With lightning-fast WiFi accessible almost everywhere, the thought of being constrained within a room where LED is available could be a turn off. But thinking big, there are some very practical and incredible uses for the technology. LED street lamps communicate to receivers for connected cities, aeroplane lights using natural light instead of electromagnetic waves to make it safe and easy to surf the internet while flying… the possibilities! Role Of Technology In The Government & Public Sector Undertakings